Making the most of our money

Why Canada and Ontario should invest unclaimed assets for social good 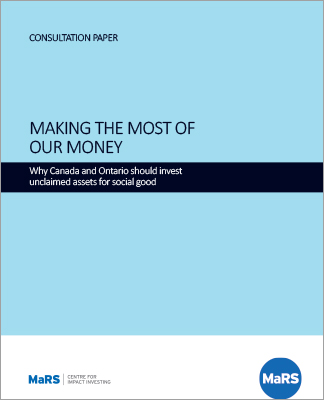 The Bank of Canada holds $626 million in unclaimed assets, a sum that grew by $49 million in 2015. An asset that remains unclaimed will eventually turn into national revenue, but until then it is held in low-yield investments.

British Columbia, Alberta and Québec owners can claim another $429 million in provincially-regulated assets. A third sum is scattered across insurers, credit unions and other holders in the rest of the provinces and territories, in which the law leaves unclaimed assets where their owners forgot them.